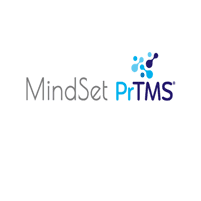 The most recent statistics report that autism spectrum disorder affects nearly 2% of all 8-year-old children. The team at MindSet are on the leading edge of a new treatment option for those with autism: personalized repetitive transcranial magnetic stimulation (PrTMS®). As PrTMS® restores disrupted brainwaves to a balanced state, nerve activity is normalized and autism symptoms may improve. To learn more about the potential of PrTMS® to treat autism, call the office in San Diego, California, or schedule an appointment online.

What is autism spectrum disorder?

Autism spectrum disorder (ASD) is a neurodevelopmental disorder characterized by a range of symptoms that appear in early childhood and persist throughout adulthood. ASD encompasses a wide range of abilities, but everyone diagnosed with autism shares three core problems:

The severity and nature of their challenges vary for each person with autism. For example, some children with autism don’t speak, while others talk continuously about one subject. However, the core concerns are significant enough to interfere with their success at school, at home, and in the community.

What early symptoms develop in children with autism?

These are only a few examples of the early signs of autism:

Signs of communication or socialization problems include:

Signs of restrictive and repetitive behaviors include:

Children with autism often have sensory processing disorders. As a result, they’re hypersensitive to lights, odors, temperature, and sounds.

What is TMS and how might it help autism?

Transcranial magnetic stimulation (TMS) is a procedure that uses magnetic impulses to stimulate nerve activity in the brain. When TMS is repeatedly applied to the brain, it can produce long-lasting changes in the electrical activity of nerves, which is reflected in brainwaves. TMS is currently approved by the US Food and Drug Administration to treat mental health conditions such as depression and post-traumatic stress disorder.

Since TMS restores brainwaves and nerve activity to normal levels, it may improve many of the symptoms and challenges associated with autism. While TMS for autism is considered experimental, studies suggest that TMS improves attention, information processing, and repetitive behaviors.

What is the difference between TMS and PrTMS®?

PrTMS® uses the same device as TMS, which emits magnetic pulses to rebalance brain arrhythmias. However, PrTMS® improves on standard TMS by personalizing each patient’s treatment. The team at MindSet follows these steps to achieve optimal results:

Before starting PrTMS® treatment, the team at MindSet obtains an electroencephalogram (EEG) using their innovative PeakLogic ComfortScan™. Their process is wireless and only takes five minutes, so it’s tolerable for children with autism. After the EEG is complete, the information is transformed into a brain map showing all electrical activity, including the areas of brain arrhythmia or disrupted brainwaves.

Patients complete a questionnaire providing information about their symptoms and specific challenges.

Using PeakLogic Software, the information from the EEG and questionnaire is combined and analyzed. The information from this advanced step gives the team at MindSet the ability to determine the intensity of the magnetic pulse needed for treatment and the precise areas of the brain to target.

Throughout PrTMS® treatment, patients will get additional EEGs so the team can see the changes in their brainwaves. This vital step also allows the team at MindSet to fine-tune the PrTMS® therapy to achieve optimal results.

What should I expect during PrTMS® treatment?

During PrTMS® sessions, patients only need to relax in a chair for 30 minutes. The TMS machine is positioned next to their head, and then it’s activated to safely send magnetic waves into the targeted brain area.

TMS devices tend to click as they work, so the team at MindSet works closely with children and their families, making sure they’re prepared for the sound and any sensations they may feel. Patients also need to be prepared to have five sessions each week for 6-8 weeks. This initial exposure is essential for producing long-lasting results.

To learn more about the potential of PrTMS® to help treat autism, call MindSet or schedule an appointment online.